Lego The Lord of the Rings 9473: The Mines of Moria 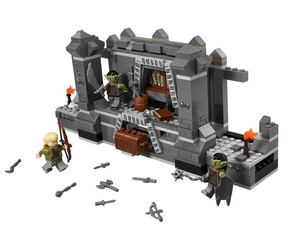 On their epic journey across the lands of Middle-earth, the heroic Fellowship of the Ring travels through the abandoned Mines of Moria.

Pursued by the evil Moria orcs and a giant Cave Troll, Pippin, Boromir, Gimli and Legolas make a stand in Balin’s Tomb.

Can the heroes hold back the evil horde and make it out of the mine unhurt?
_ 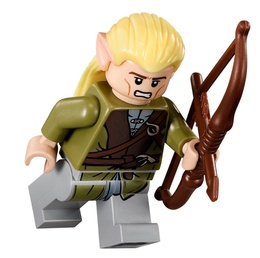 A Lifetime of Lego
Lego was invented by a Danish carpenter, Ole Kirk Christiansen, and the first bricks were actually made of wood. The familiar plastic bricks first appeared in 1947, with the current design patented in 1958, and any Lego bricks made from 1958 onwards will fit with any modern Lego brick.


Like this  Christmas toy for a boy but want something more outdoors-y? How about a Nerf Nite Finder?