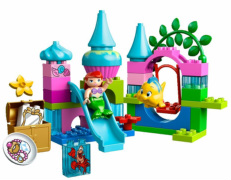 Lego has been a favourite toy for generations, and even though it's been around so long, somehow they keep making great new Lego toys that get kids excited year after year.

This is a recent set that includes a fairly rare train-style Lego vehicle. With a monster theme, it really taps into the current craze for all things monster. But is it a toy that'll keep your kids happy for long? 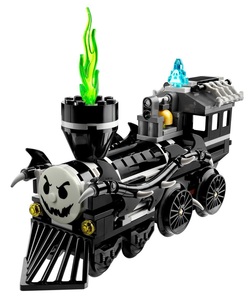 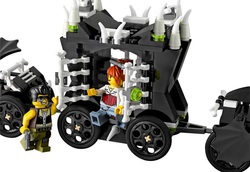 More about the Monster Fighters The Ghost Train

Lego has quite a few large sets, but they're nearly always unique and imaginative. This one manages to keep up the novelty value, introducing an unusual train vehicle.

Trains are fairly rare for Lego as it is, but this one is very unique and there hasn't really been anything similar for over a decade.

The most obvious thing about this set is the theme. Monsters seem to be a big deal right now for kids, with shows like Monster High becoming smash hits. So the monster theme of this toy is surely going to impress young minds.

The kit itself includes one ghost train, one hero airplane, and 5 figures including Frank Rock, Ann Lee and 3 ghosts. The train is the real show-stealing part of the kit. It's got a fantastic design, and the three carriages that it pulls include one prison and two with bat wings. The wings look cool and actually flap as the train rolls along.

The airplane features a spinning propeller as well as flick missiles and a vacuum weapon so that the heroes can suck up the ghosts. The whole set is full of great little features, including lots of little levers, and there are lots of glow in the dark components including the ghosts themselves.

Making the build process easy for anyone are the great instructions that are included. Lego instructions are always very well done, and kids won't have any trouble working out how to assemble this one for themselves.

In terms of flaws, this toy has almost none. Some might complain that there is no track for the train. But that would miss the point that this is a ghost train, so doesn't really need a track! The only other issue might be that there are many small pieces on the train that make up the fantastic design, and these can come off quite easily.

On the whole, this is a really fantastic Lego toy that will please fans of Lego as well as kids who love anything to do with monsters. A great gift!