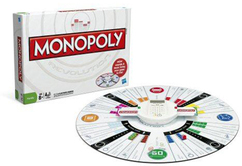 Just for fun, we've archived the list of top toys for Christmas 2010, so you can compare what was hot last year with this year's Dream Toys 2011 list.

How accurate is the Dream Toys List?
Good question! According to the TRA, from their 2009 list , nine out of twelve Dream Dozen were 1st or 2nd in their class over the year.