Lego for Christmas and for Life 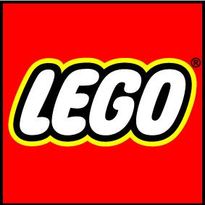 Ever since we started our Dream Toys website, LEGO have had playsets in the top 10 toy lists - and sometimes more than one!

It's hard to believe just how far this humble plastic brick has come in 80 years.

What's more, from a company on the brink of disaster in 2004, chief executive Jørgen Vig Knudstorp has turned the company's fortunes around, tripling sales since 2007 to become the second biggest toy manufacturer by sales in the world.

This year's best sellers are bound to be the playset for the new Star Wars: The Force Awakens film, including:

We've brought all our LEGO reviews from the past few years together for a mega list of favourites - click and enjoy!
A Lifetime of Lego
Lego was invented by a Danish carpenter, Ole Kirk Christiansen, and the first bricks were actually made of wood. The familiar plastic bricks first appeared in 1947, with the current design patented in 1958, and any Lego bricks made from 1958 onwards will fit with any modern Lego brick.