our archive of toys and lists from last year 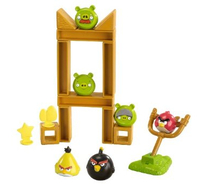 In 2011, we extended our coverage of the best toys and games for Christmas, so you could compare prices on the hot toys on everyone's Xmas present list.

Toy of the Year 2011
The UK Toy Retailers Association announced the winners in January 2012, which included:

Top Toys for 2011
We scrutinized all those lists to create our own pick of the best of the bunch, and created a special review page for each one where you could see all the info you needed to make an informed purchase, including price comparisons for major online toy shops. And we'll be doing exactly the same for Christmas 2012!